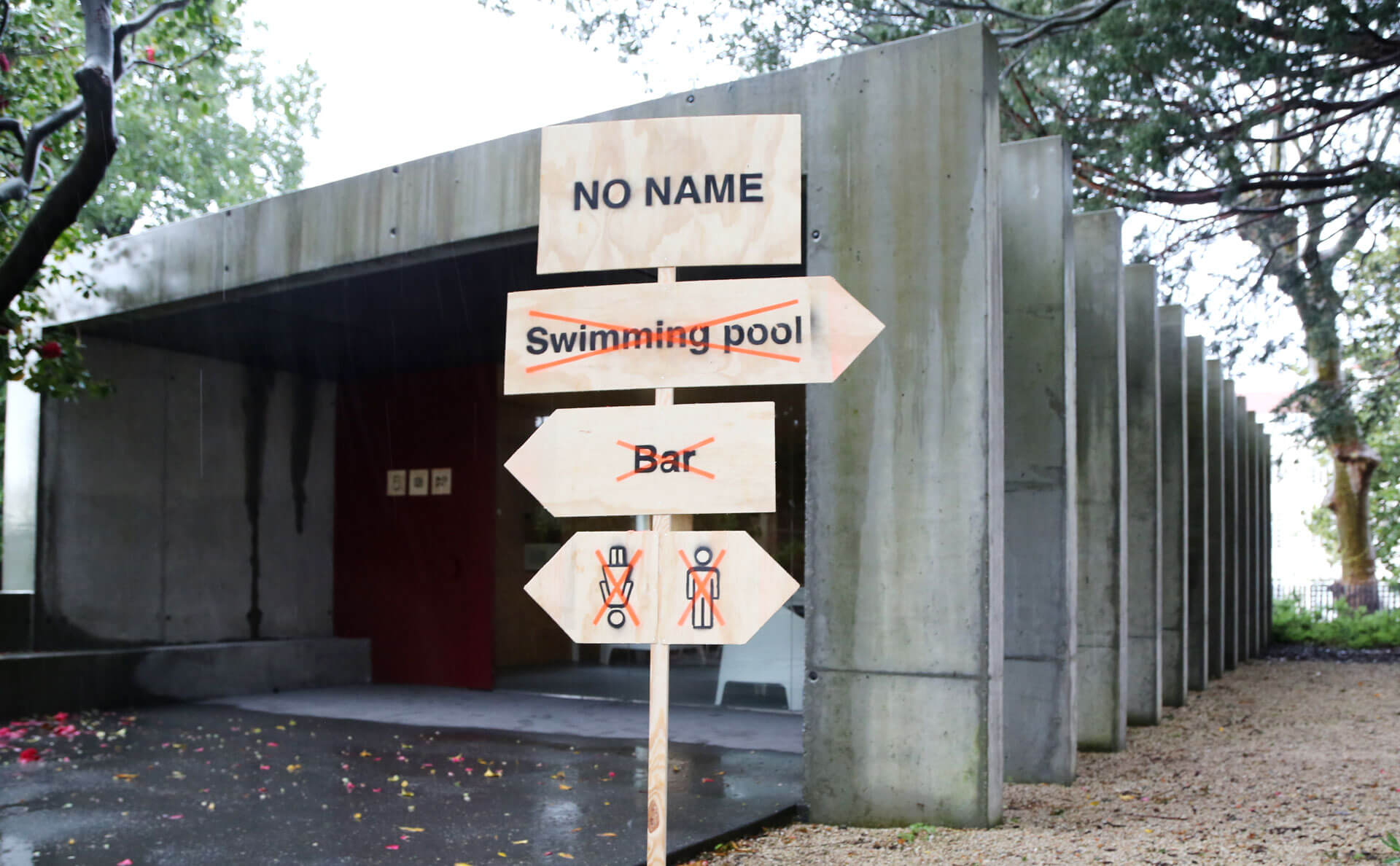 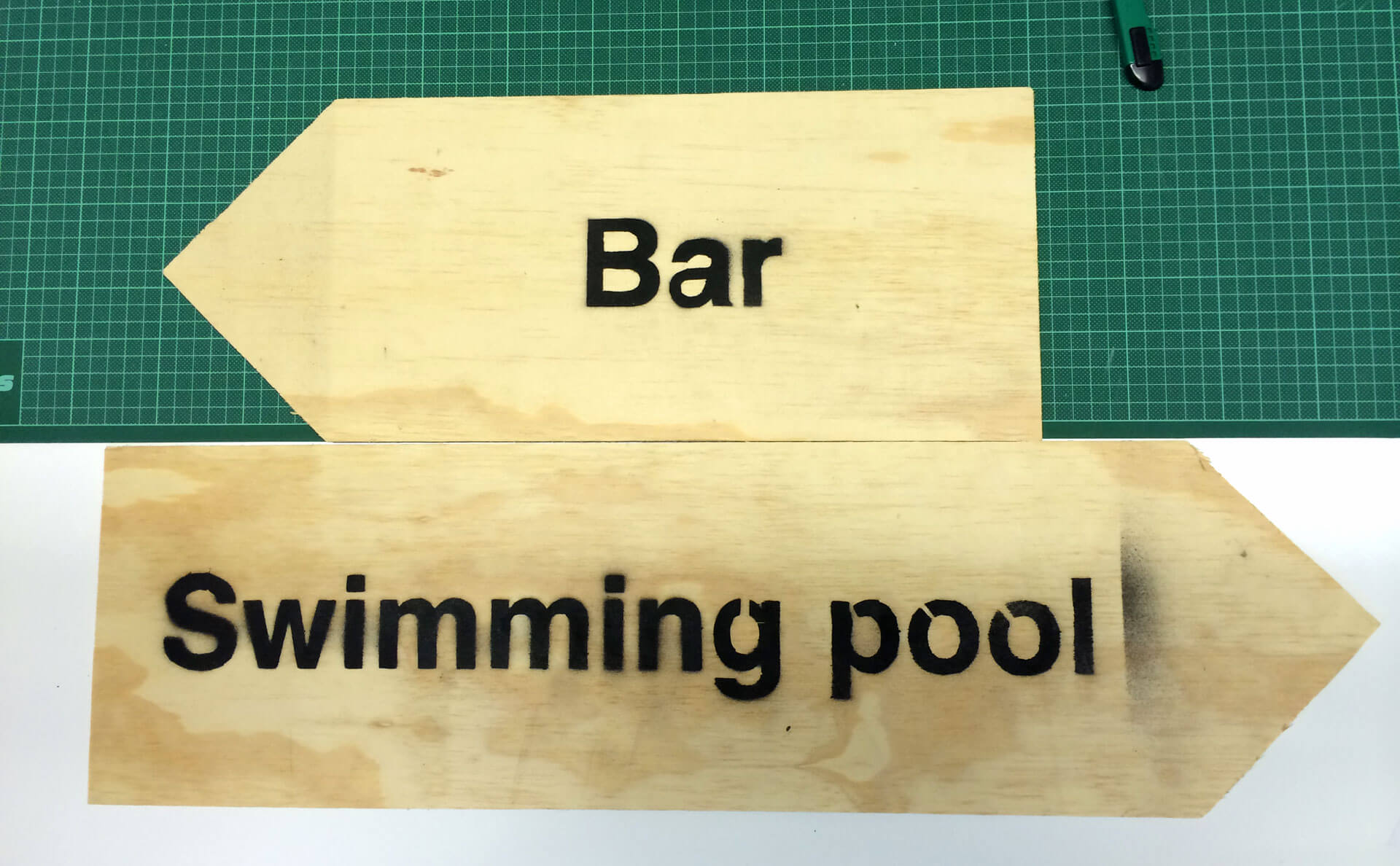 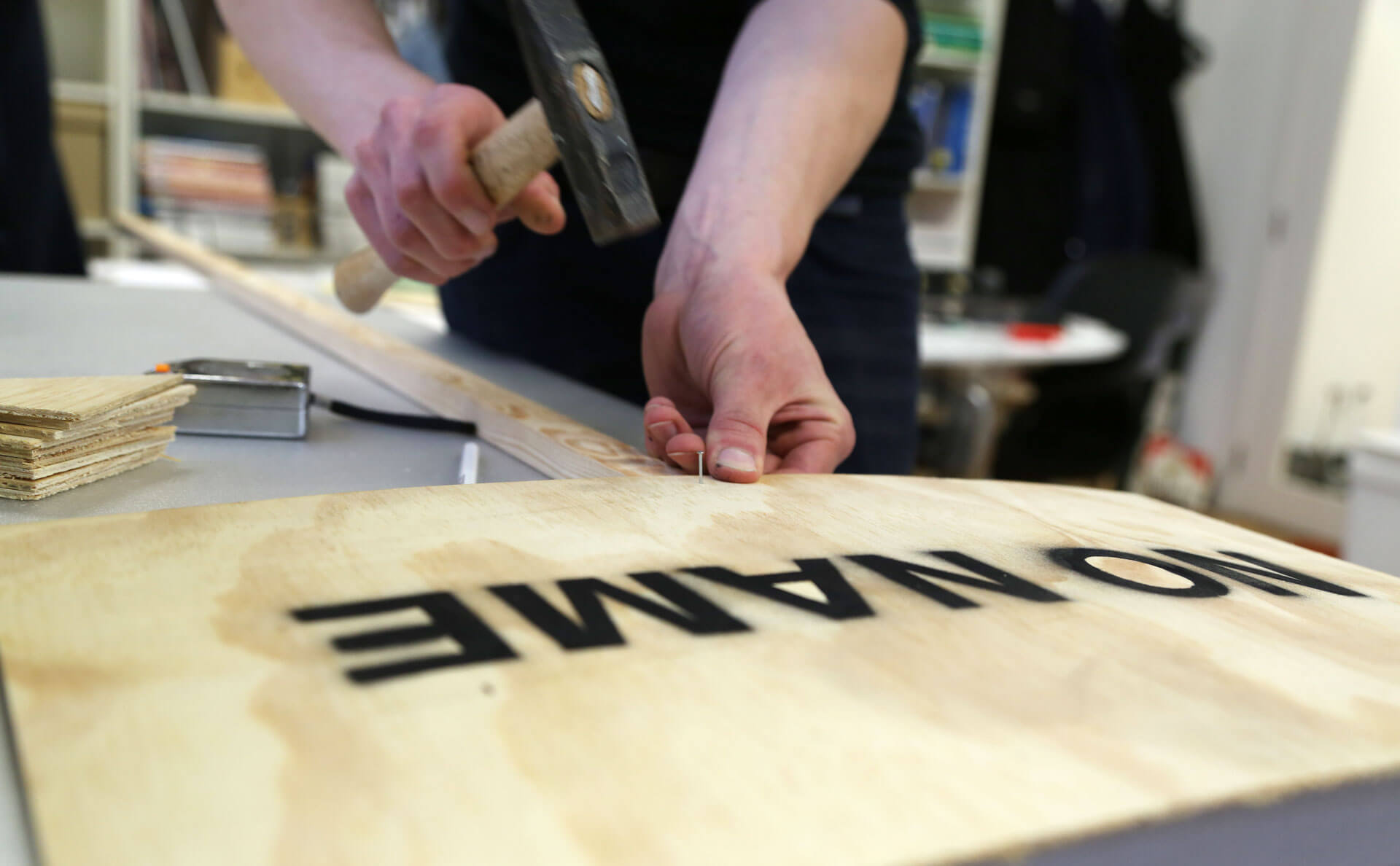 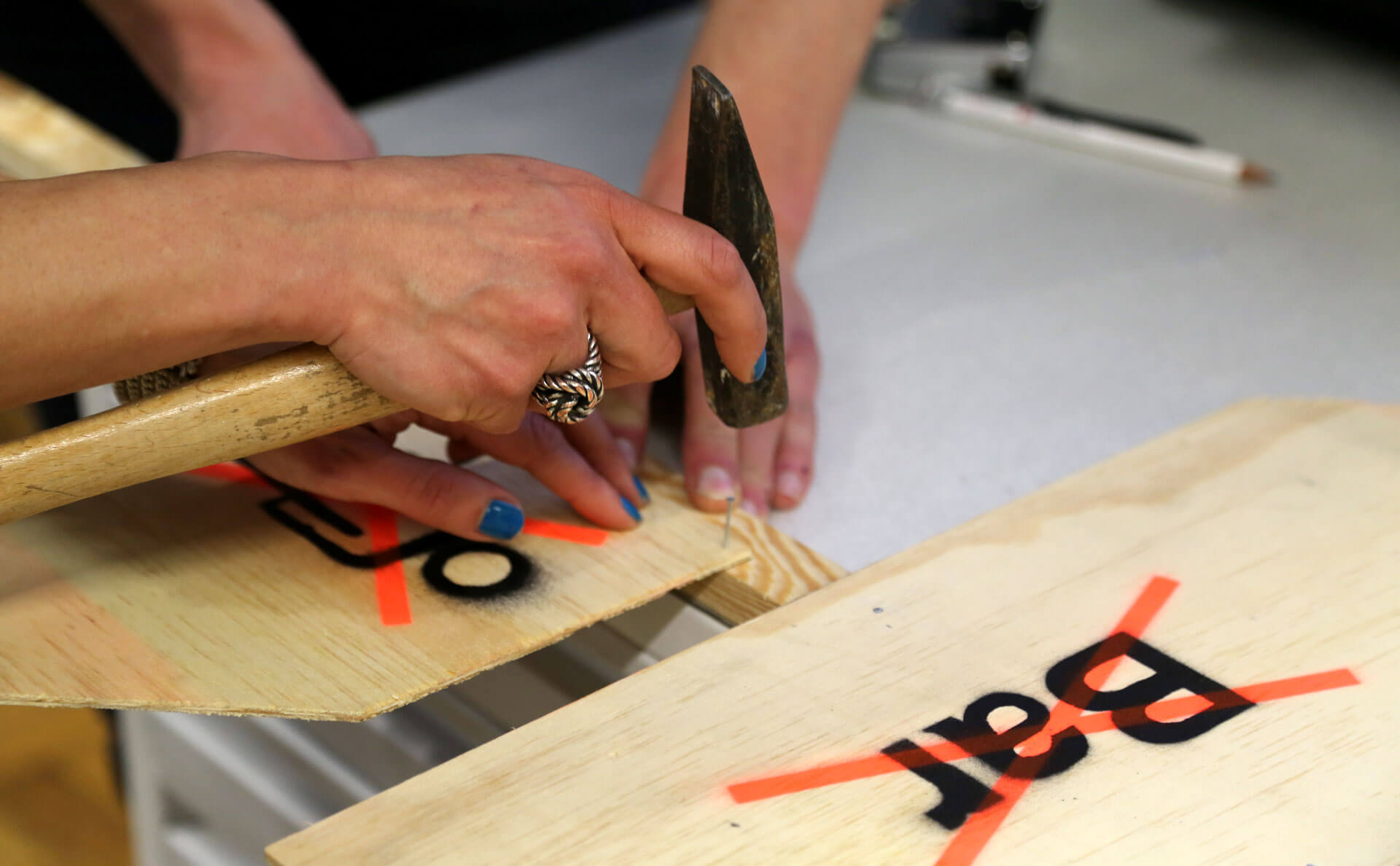 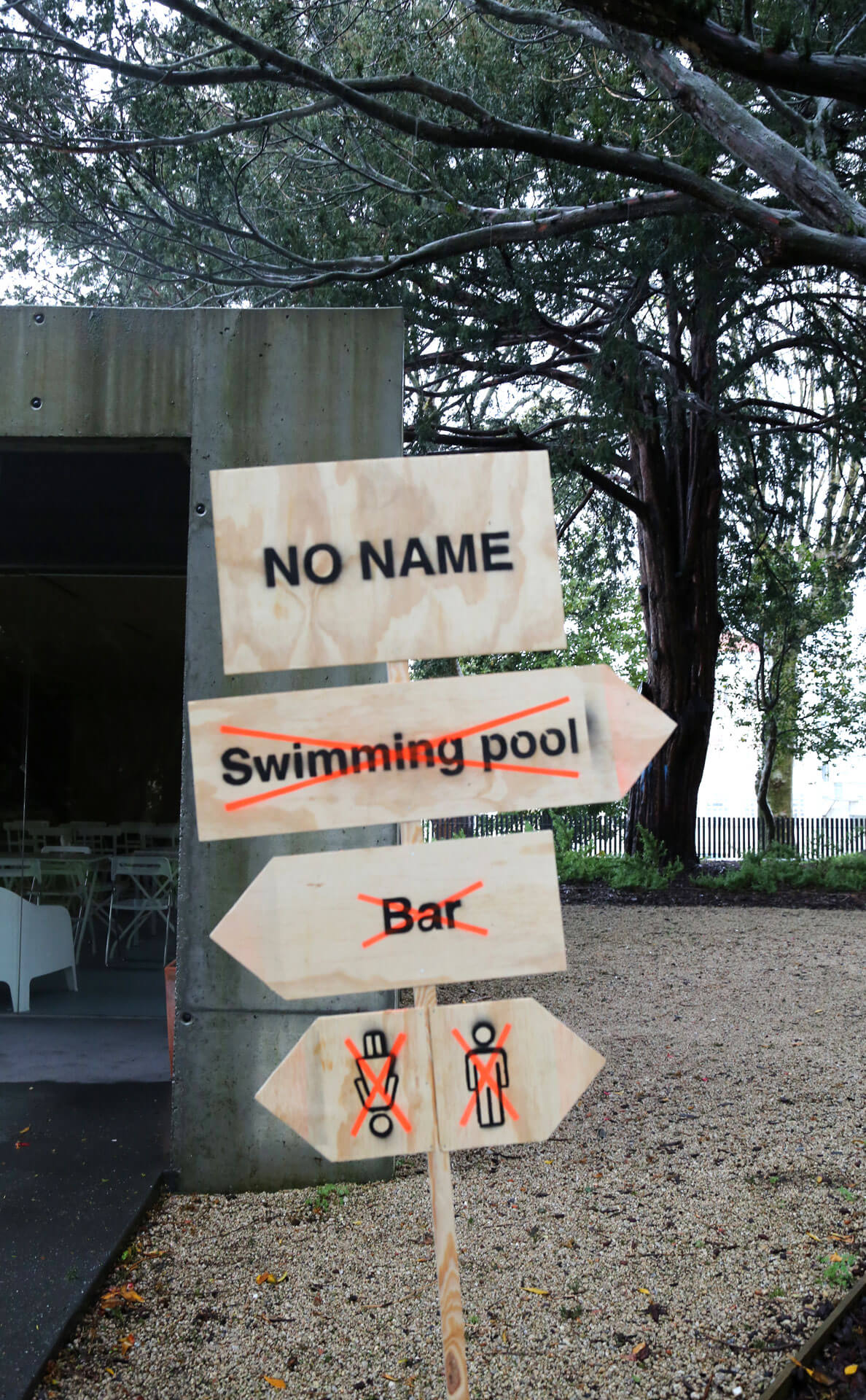 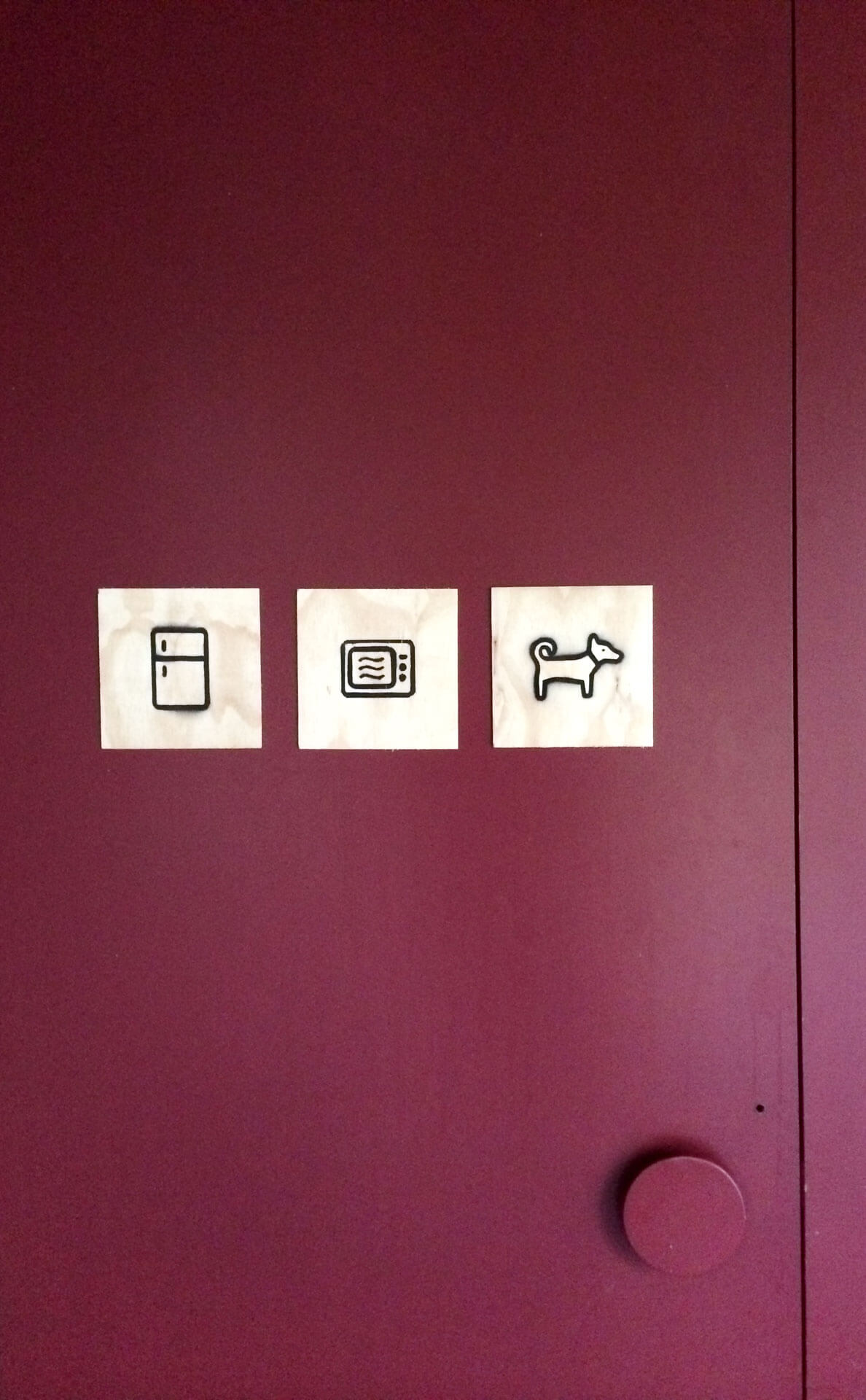 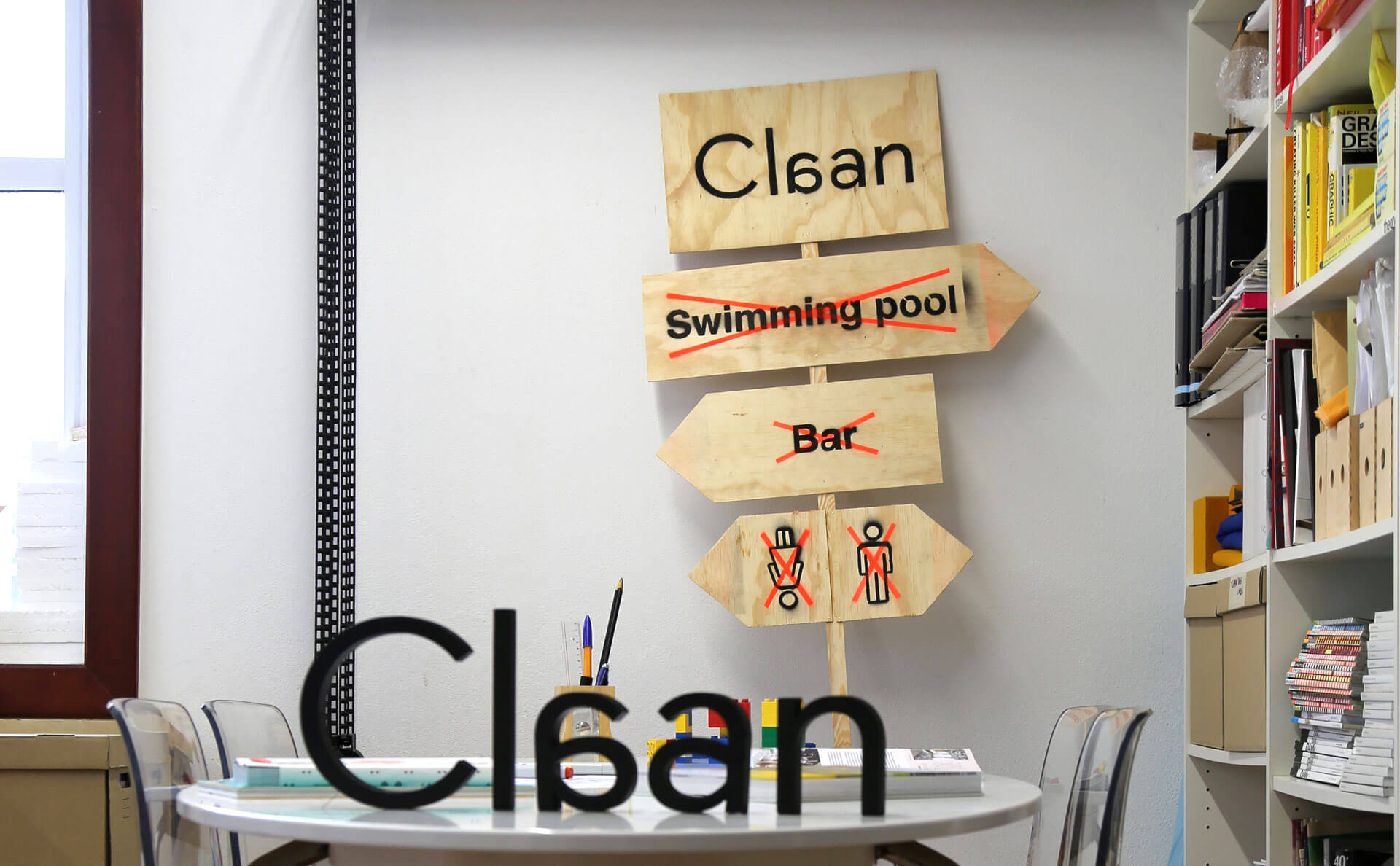 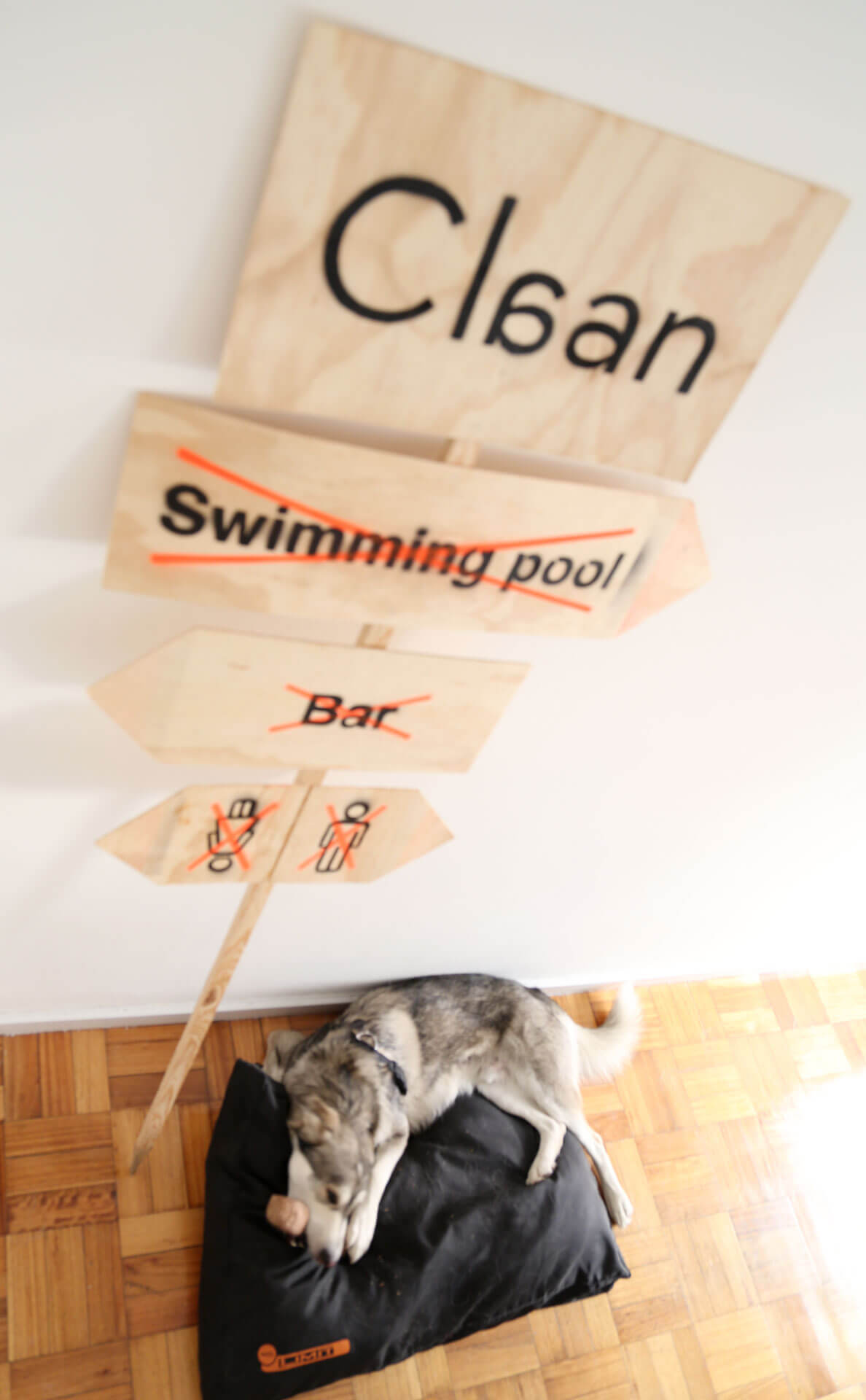 The idea, a concept that had us captivated by it non-sense spirit, was to create a signage system that doesn’t show where to go, rather, where not to go. It centered around the principles of location, direction, and living in the moment and it answered the questions of “where am I not?” and “where am I not going?”

For the April first we challenged ourselves to focus on a one-day-project. After further discussion among the team we conceptualised the perfect idea and commissioned ourselves to officially develop this new concept to implementation in the same day.

The idea, a concept that had us captivated by it non-sense spirit, was to create a signage system that doesn’t show where to go, rather, where not to go. It centered around the principles of location, direction, and living in the moment and it answered the questions of “where am I not?” and “where am I not going?”

Since signage usually points towards an indicated direction or location, we thought that people might seek to be more informed beyond the expected.

After developing the concept, we began working on implementing the No Signage System in our surroundings. Our office was by that time at the Creative Industries Center of the Science and Technology Park of University of Porto equipped with a wonderful backyard with plenty of green space. Some months before we were asked to design a Signage for that space but other requests from the same client came in the middle and postponed it.

The building did not have some very important features, such as bar or bathrooms, so we signalised it. It didn’t have a name, therefore, we denominated the structure as “No Name.”

As soon as someone arrives at the No-Name-Building-at-the-Backyard, you are immediately and clearly warned that it does not have a swimming pool, a bar, or bathrooms thus avoiding many possible misunderstandings. With our new No Signage System, you will now know if you should enter this building or not, or if you should just simply walk away. Problem solved.

We decided to implement a traditional signage system for the inside placing signs on the door indicating that the space is adequate for eating (microwave and fridge icons) and that dogs are also permitted on the premises. Here, the concept is that the signals are mutually exclusive: without one, all three lose their cohesion. You cannot, for example, have a fridge and a microwave without a dog. (We were subtly utilising guerrilla marketing techniques since we are also committed to increasing the dog-friendliness of the building.)

After implementing both the innovative and traditional systems at the No-Name-Building-at-the-Backyard, we finally considered our day’s tasks complete. Having come up with the idea, done all the designs, built all the signs, and fully executed our No Signage System, our whirlwind day had come to a close.

Like many of the people with whom we work, we at Claan also enjoy coming up with new ideas, sketching them out, making them real, and having fun on a team project– even if we are just celebrating April Fool’s Day. Along with being animal-friendly, we are also keen on preserving the environment which is why we up cycled the No Signage System boards and used them in Claan’s office, where people will definitely know exactly what we do not have: a swimming pool, bathrooms, or, sadly, a bar. 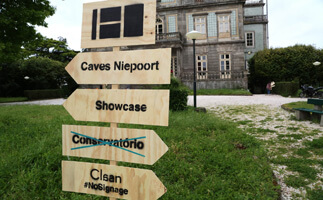 Sponsoring this event was an unique manner of applying our No Signage project and create the environmental design for the 3rd Anniversary celebration of Canal 180. 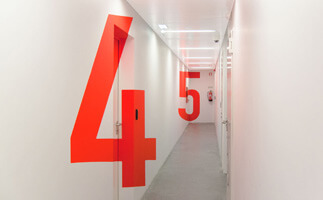 The Exciting and Creative Side of Science

We created a signage system and tailored a communication strategy which expands beyond the walls to turn the Innovation Center into a landmark and communicate through the signage the aspects of research, experimentation and science.